thanks HungFist, verification of my thoughts is much appreciated!
I'll just look at these films as one director's arc of his interests and the popularity of subject matter at the time, not a definitive "series" per se
Top

Teruo Ishii wasn't that much of a great artist. A lot of time one of his main motivations was to piss off studios and see how far they'd let him go. It was his natural talent, attitude, and technical skill, that created great genre cinema, sometimes half-accidentally.
Top

I think it is best to label most of the above mentioned Ishii-Movies as his "ero-guro-era" The whole Tokugawa-Labelling-thing is complete bullshit anyway. I agree totally with hungfist, Ishii just looked how far he could go with these "experiments".
Top

Just to let you guys know: I did a bit of spring cleaning for the thread. I deleted a whole bunch of random chatter and outdated news, also combined many short posts. As a result the thread is now 6 pages shorter and your post count may be a bit lower than before. All the important information, reviews and conversations should still be intact, though.

This is not to discourage chatting in this thread, just an annual clean up (the first in 6 years...) to make the thread more compact and detele stuff that is no longer relevant.
Top

Nowhere. You can buy the dvds from cdjapan, yesasia, amazon...
Top

Just a random post but not sure where else to put it... has anyone else pointed out that Kanye West (or director Nick Night) totally ripped off the motorcycle sex scene from Queen Bee's Counterattack in his Bound 2 video? wtf
Top

Has there been any other interesting JP stuff coming out in Germany/Austria? I noticed a couple of films in Daiei's Women's Prison series came out on dvd a few years ago... Decapitation Island (also out on R2J) and another film (not on R2J), but I forgot the title...
Top

HungFist wrote:Has there been any other interesting JP stuff coming out in Germany/Austria? I noticed a couple of films in Daiei's Women's Prison series came out on dvd a few years ago... Decapitation Island (also out on R2J) and another film (not on R2J), but I forgot the title...

I can't think of anything else that might be worth noting. Maybe I should check out those two films you mention. I think it's a pretty good film, although it may disappoint hard core exploitation fans as it's remarkably tame for a 1970 production. It's not so brutal, and there are boobs in only one scene, although that scene is a small classic. The film did have censorship problems with nudity, though, so it was originally supposed to show more. However, it's a surprisingly well made film with decent characters and good story, good direction, interesting island location, and nice cinematography. I'd say it's a more coherent film that the Teruo Ishii movies of the era.

I had the pleasure of viewing it in Tokyo on 35mm when it played in a Female Prisoner retro last year.
Top

That's interesting to hear. The Japan Shock release got mostly very negative reviews both for the picture quality, which is said to be only VHS level, and for its lack of sex and violence. The last two are of course due to the label releasing them with the misleading TOKUGAWA title, suggesting to the less-informed customers that the two films are related and similar to Teruo Ishii's costumesploitation films.
Top

Guro Taku wrote:SHOGUN'S SADISM is getting a Blu-ray release from Japan Shock, the same Dutch label that put out the film on VHS and PAL DVD since the mid-90ies. The recent Toei DVD was a slight improvment over their old DVD but it was a SD transfer so we'll see if they really did their own HD transfer from the 35mm negative like they claim or if it's an upscale. DTM only lists German subs for it but I'm fairly sure it'll also have Dutch and English subs in place

The Blu-ray looks great and I'm sure they did indeed transfer it from the 35mm negative. I did a comparison between the 4 existing DVD and BD releases of the film: Plot description does sound quite, ehm...

"Onsen suppon geisha was part of a Hot Springs series, with Sugimoto having debuted in the first installment in 1971. In this one, she’s so good at using that super strong vagina of hers that she can fuck guys to death. In the end, she’s pitted against a sexual superman and a showdown ensues. There’s also a subplot about a mad scientist type who needs vaginal juices to create a potion designed to turn Japanese girls black."
- http://www.themoviedb.org/movie/119145- ... pon-geisha

It's by far my favorite in the entire series. It's been a while since I watched it (on VHS!) but I remember finding it hilarious and very well paced. There are a few definite WTF?!? type scenes in the film where you just stare at the screen open-mouthed and can't belive what just happened. Silly is accurate as well, though. Very much depends on your taste and what kind of sexual humor works for you.
Top

thanks. Sounds interesting, but I still gotta think about it. I've got these two alternative schedules for the weekend:

Although the latter one has four sexploitation films in a row. It's it possible to survive that?

btw, I took your advice and watched Onsen Suppon Geisha (1972). Not exactly my type of film but I enjoyed it. Silly but fun, high WTF factor, lots of cameos. Since it was a double feature I decided to stay for Onsen Mimizu Geisha (1971) as well, which was weaker but still ok. It was fun to see Reiko Ike acting almost like an idol and running topless on the beach. I recall there being a rumor she was underage when they filmed it, but I'm not sure if it's true. Looking at the dates, they had a few week windown to film and get it ready, which by the standard of that era could just be enough. If she was underage, we're talking about weeks or days. 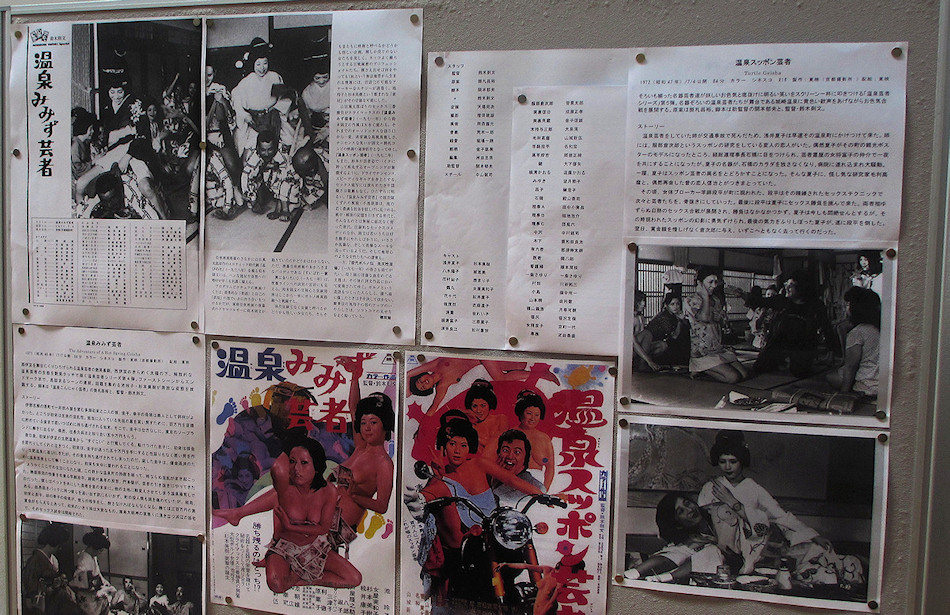 What made the double feature pretty awesome was the theater. I had not been to Shin Bungeiza before so I wasn't expecting a 10 metre screen!!! What a pleasure seeing early 70's smut on a screen of that size! And not only that, the theater was completely packed! 266 seats I could count the empty seats with my fingers minutes before the film started! It probably had something to do with screenwriter Masahiro Kakefuda talk event being held after Onsen Mimizu Geisha, but still! Unfortunately I didn't have time to stay for that.

Here's a picture of the theater, taken on the previous night when there was far less audience: 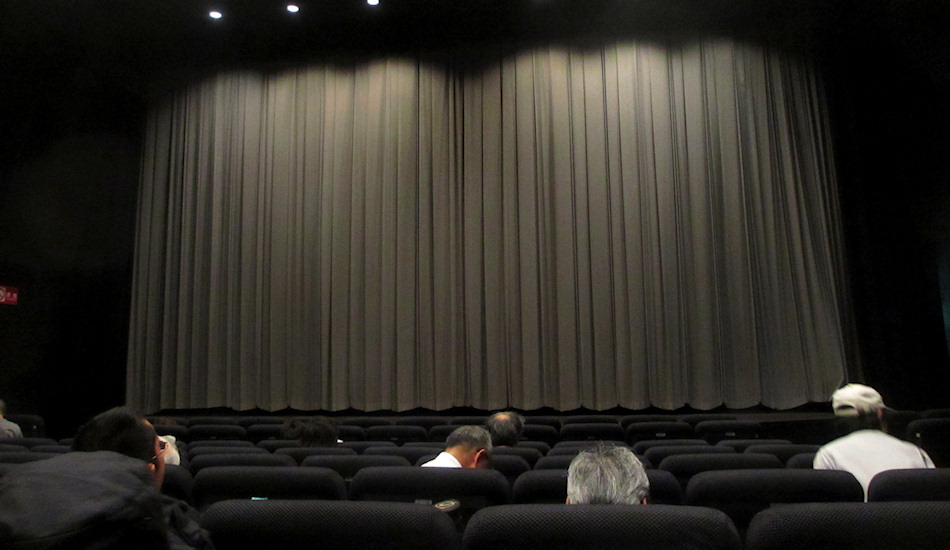 On that day I watched Dolls of the Shogun's Harem (1986) and Ninja's Mark (1968). I need to write more about Ninja's Mark later when I have time. Let's just say it has a scene where a ninja turns a woman into a fish while she's having sex...
Top Yes, there is a SCHOOL OF THE HOLY BEAST (聖獣学園, 1974) manga. Originally I assumed that this must have been another case where a manga was filmed but then I noticed that Norifumi Suzuki gets credit for the text right there on the cover and there are some stills of the movie included in the book as well: So, unless I'm mistaken, the manga came after the movie - as a tie-in?
Top

Seems like the manga came out sometime in 1973, while the movie was February 1974. However, I would guess that they were produced more or less simultaneously, and were more or less based on (or at least influenced by) by each other. The text under Takigawa's picture is a bit ambiguous but it kinda makes it sound like the movie was probably the main product, or the initiating production, even though the manga was published before.
Top

I don't much care about new pinku productions either. That might change if they actually start producting something interesting but the last batch of remakes of some of their classic titles didn't interest me in the slightest and I just don't think that the system of film production and distribution these days lends itself to the kind of quality output that was possible in the 70ies and very early 80ies.

Of course I'll be rooting for more DVD (or Blu-ray!) releases of classic titles as well. There's still a handful I desperately wish to upgrade from my VHS tapes and even some that did get DVD releases need an upgrade... I'm obviously talking about those shitty bargain bin discs where they apparently just burned the WMP files from their PPV sites to a DVD, with results that are actually worse than my VHS cassettes.
Top

I got to see this one (not the DVD, though) and unfortunately it's nowhere near as good as Decapitation Island. Comments below:

Secret Report from Nagasaki Woman's Prison (1971)
This is the 6th and final film in Daiei's loosely linked series of women in prison movies set in the late 19th century. They were, of course, exploitation movies, but they were also surprisingly restrained compared to what Toei and Nikkatsu were putting out at the same time. There is little to no nudity in any of the films. The previous instalment, Decapitation Island, was nevertheless a very stylish entry with good acting, decent writing and an intriguing island setting. Nagasaki Woman's Prison unfortunately doesn't share those strengths. It's a mediocre-at-best genre effort with some girl fights, a little bit of blood, and no nudity at all. There are no interesting locations like in Decapitation Island either. The only memorable scene involves some inventive candle torture.
Top

Re: The Classic Japanese Exploitation Thread (Not Work Safe!

This is embarrassing. For almost 10 years I've got Toei's comic actors Tooru Yuri, Akira Oizumi and Hachiro Oka's names mixed up. Six years ago when Marshall asked who the actors were I gave wrong names. I have corrected my old post now:

If my memory serves me correctly, they both appear together in Horrors of Malformed Men. Seem to have lost my screencap. They play Monk A and Monk B

And this guy is Akira Oizumi 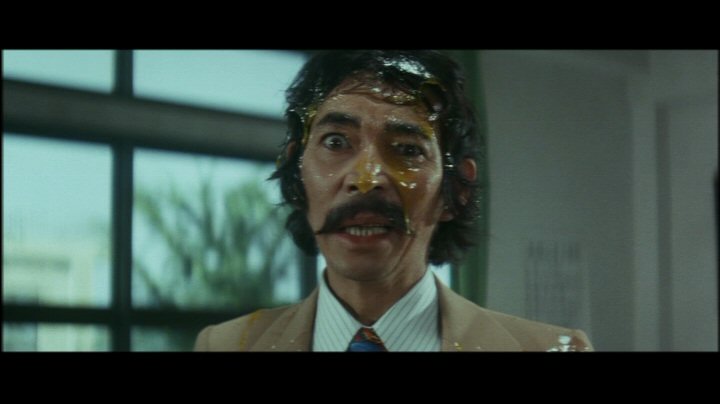 Outstanding. Thanks for the info!
Top
Post Reply
329 posts