What Have You Just Seen... Marks Out of 5

Thank you Hung. Seriously it's nice to know "sometimes" I can do something right

I did think it was getting a bit much for those who aren't interested, like myself overall.
Top

Shaolin Prince (Hong Kong, 1982) – 2/5
Action choreographer Tang Chia’s debut film is a silly and unfortunately rather tiresome kung fu / swordplay comedy. The storyline and characters are uninteresting, and the main star (Ti Lung) feels a bit miscast. The action isn’t bad, but only a few scenes really stand out. The soundtrack, which might have been borrowed from some other movie, creates some good moments, though. Not a terrible movie, but mostly underwhelming.

Flying Guillotine 2 (Hong Kong, 1978) – 3,5/5
I have not see the original Flying Guillotine, but this sequel is impressive on its own. After the slightly messy opening the film finds a good balance between action, plot and good characters. The storyline about rebels fighting the government’s flying guillotine troops is surprisingly captivating. The action is well written into the story, and the final showdown offers some great choreography. Humour is kept close to zero.
Top

Rambo - 4/5
Ah, it was good to see Rambo back in action. However, the film moved a bit too quick.

Boiling Point - 3/5
Good film. Considering that it is a Kitano film however, it is the weakest I have seen of them. Still good, though and had some very funny laughs.

Good Shaw Bros. film that has some of the same themes as "Crouching Tiger, Hidden Dragon". I wonder if Ennio Morricone was credited on the film?

Probably not.
Guitar twangs from his brilliant piece "The Ecstasy of Gold" play at various points in the film.
My Profiler:

The superb quality of this show never drops.it's so good i'm almost reluctant to start watching the last disc because knowing after that ther's no more Deadwood to look forward to

Excellent. Phil Glenister was superb.
Had some very funny parts (IMO) but also worked as a drama, some fantastic uses of music (Ultravox, Japan) and some "What is going on?" moments as well.
[Pedant]The Stranglers classic "Golden Brown" wasn't a hit until 1982 - possibly May[/pedant].
My Profiler:

Memories of Matsuko - 5/5
Wow! The story is a tragedy, as we know right from the start of the film, that the lead character Matsuko was brutally killed. Her 53-years-old, lifeless, fat body is found in a park with injuries all over. When her 20 years-old nephew Shou is told to clear out her apartment, he meets all kind of people who were involved in Matsuko's life, of whom he didn't even hear before she died. Each one of them speaks to him about their personal experience with her through which we learn how certain periods in her life were, starting as a beautiful 7-years-old child. The way her story is told in flashbacks is hilariously funny, but emotionally sad at the same time.

How do you write a script for such a film? I very rarely give a film 5/5, but this one definitely earns the full score. Great actors, great director, beautiful cinematography, wonderfully edited and a soundtrack that both rocks and touches. 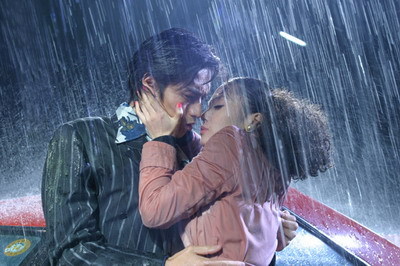 It sounds enchanting LD and just the sort of film Japan does so well. I've never heard of it before.

What DVD did you watch? I see there are Korean, HK and Thai DVDs. All Anamorphic, DTS with English subs. The Korean and HK DVDs have a second disc of extras. I doubt they have English subs though.
Top

I watched the German DVD release. It's quite good and has lots of extras which are all subtitled in German.

That's cool. No English subs I presume? I don't think it's been released in English speaking parts of the world.

EDIT: No no UK, USA or Australian DVD.
Top

Unfortunately no, the German DVD only has German subs. I also noticed that the NTSC to PAL conversion is a bit messy on the German disc.

Ahhh, this is probably on Hung's "must watch" pile now.
Top

I've been tempted to check out if the film really is as terrible as it looks like, but so far no progress.

Yeah if you want to get it Brad, get the HK DVD.
Top

Awesome, I'll pick up a copy in Hong Kong next month.

This thread is now closed.
Please use the new sticky thread to write your quick takes.

I used to be "the man who loves the movies you hate".
Now I'm just "that weird french guy with a cat avatar who comes to BnB once a year for no reason and then disappears again".
Top
Locked
8117 posts