A couple of Reiko Oshida stills and photos!

I finally did what I should’ve done more than a decade ago. I split the Classic Japanese Exploitation (pinky violence & pink) thread in two.

It’s still work in progress. Some posts may be in the wrong thread.

We also have the Japanese Cult Cinema thread to cover films that don’t have the pinky violence / girl gang / pink / eros emphasis (anything from yakuza to karate to samurai fits there).
Top

HungFist wrote: ↑27 Aug 2018, 14:41 Hot Springs Geisha 2 (温泉ポン引女中) (1969)
The first Hot Springs Geisha (1968) film, a harmless sex comedy and one of Teruo Ishii's dullest efforts, only managed to sneak in one or two brief topless shots. This sequel does more in the opening credits scene alone. It's a skin flick in and out, but thankfully one with an enjoyably laidback swing, drenched in 60s aesthetics, and without too many boring bits. And just when you're about to get a bit tired of it, it throws in a bizarre nude party scene with Tatsumi Hijikata's Butoh dancers! And then there's a super violent shocker final reel that makes you wonder if the filmmakers decided they should've gone the Joy of Torture (1968) route instead. Though unjustified quality wise, you can't quite help but to see the Beneath the Valley of the Dolls (1970) parallels. This is as good if not better than the two Norifumi Suzuki directed instalments (parts 4 and 5).

Found a bunch of fantastic stills for sale on yahoo auctions 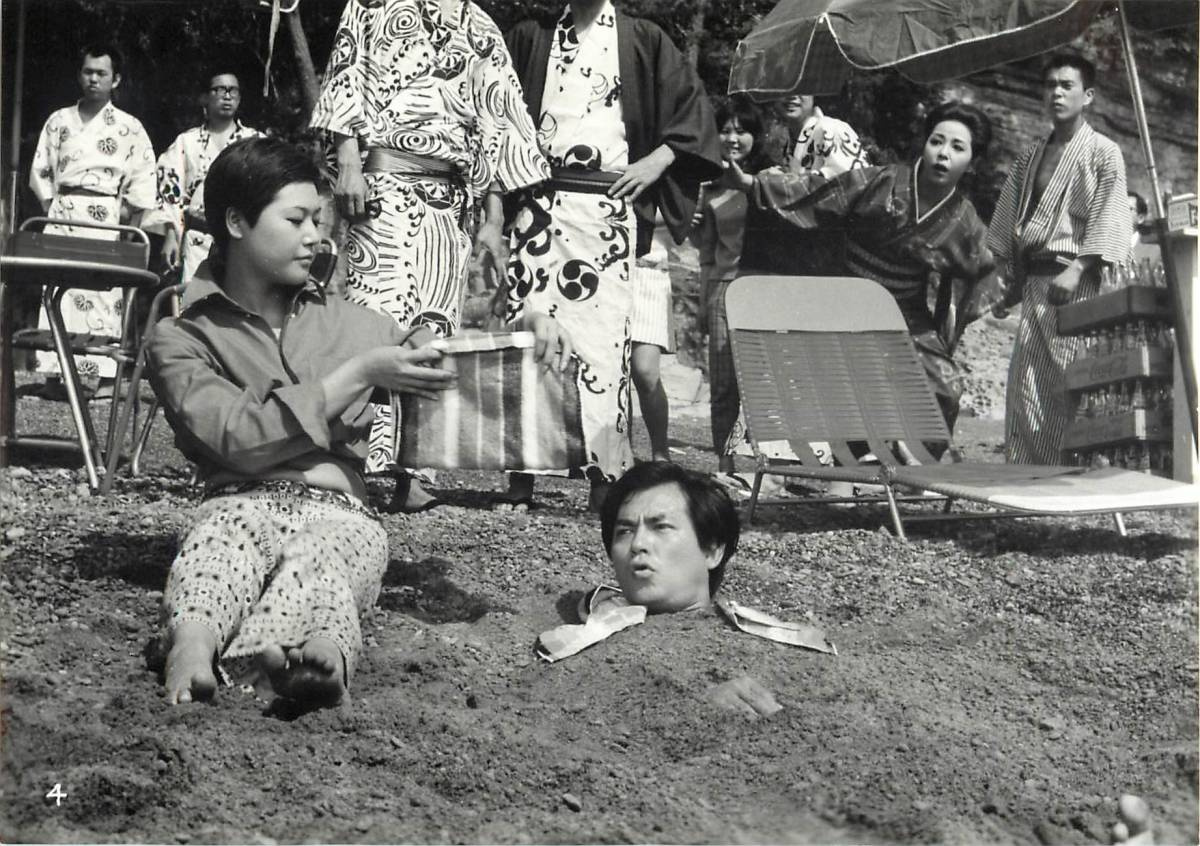 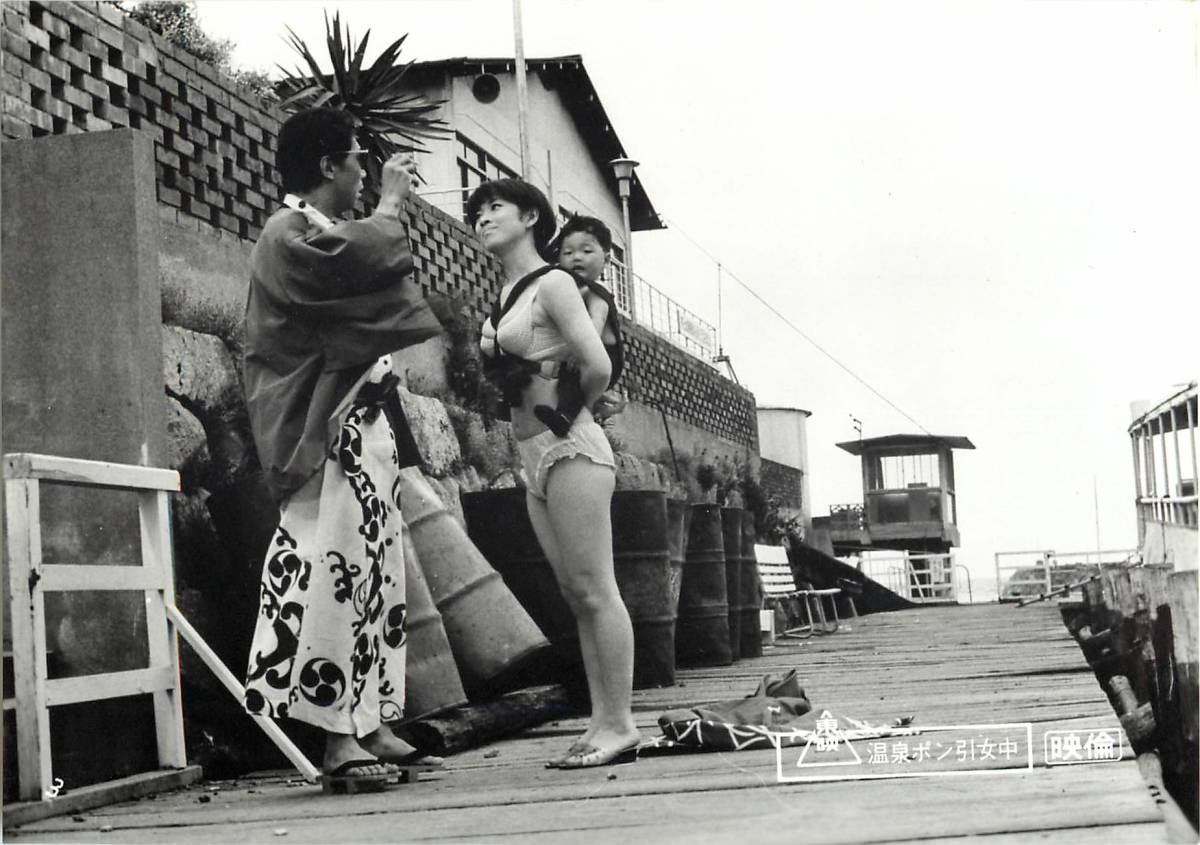 A few words about one of my favourite Pinky Violence movies, Criminal Woman: Killing Melody (前科おんな 殺し節) (1973), or to be more precise, its theatrical poster. I've included part of the explanation as a screenshot since the forum doesn’t support furigana.

There is a rather outrageous grammar play in evidence here. As you know, the Japanese language is written using mainly kanji characters, which are a pain in the ass to learn because there are thousands of them. That’s why it was commonplace in old movie posters to give a furigana (an easy reading in simple characters) in small font above any difficult kanji. Sometimes, however, the filmmakers got sneaky and gave unorthodox furigana readings to common kanji words. In this film poster, it says “Those bastards”! However, the furigana given for the common kanji word “bastard” is actually “men”. So they literally spelled “men” as “bastards”! Pretty awesome!

The 2nd thing I wanted to point out is that the poster actually advertises this as the 1st film in a new series. Of course, no sequels ever followed. It may have been that the timing was just too late: the film came out Oct. 27, 1973, when the Girl Gang genre had already passed its peak. In 1974 Karate films would begin to replace Girl Gang movies as the B-features for Yakuza films in double bills.

Also related... I brought up Shigeru Okada and Kanji Amao as the Godfathers of Pinky Violence in the other thread, but I think there’s another producer duo that has been criminally neglected: Kineo Yoshimine (吉峰甲子夫) and Kenji Takamura (高村賢治). 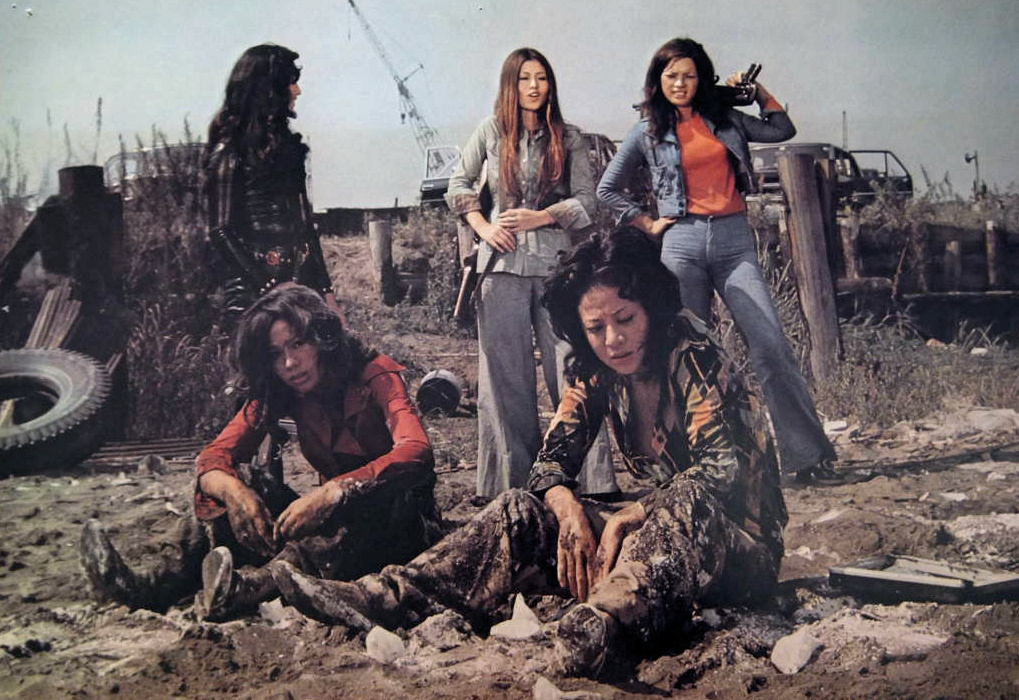 Teruo Ishii's SHOGUN'S JOY OF TORTURE is getting a BD/DVD release in Germany next month. Uncut but without subtitles of any kind, which is weird because I recall VHS and DVD releases by the same label having optional English, Dutch and German subtitles. BD world premiere, though, and one of the 4 cover variants is the original poster artwork. And all that for the low, low price of 39.99€!

Seriously, Japanese releases are starting to look cheap in comparison to this nonsense.

Should be coming from Arrow, as well. There hasn't been an official announcement, but the commentary on Inferno of Torture supposedly makes a reference to Joy as an Arrow release, and Jasper Sharp was looking for original Joy promotional materials maybe 6 months ago as well.
Top

That'd make sense, though I am curious how the BBFC will react to JOY OF TORTURE. It's a bit nastier than what they've so far passed uncut. For the record, Shock also put out YAKUZA'S LAW and INFERNO OF TORTURE in Germany in recent months. Both also without any subtitles, so with the Arrow releases already out there, they're not even worth mentioning unless anybody's a huge fan of German dubs.
Top